The first quilt finished in 2008 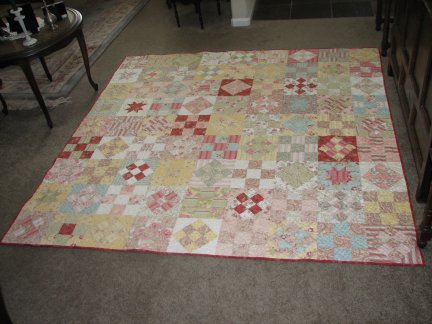 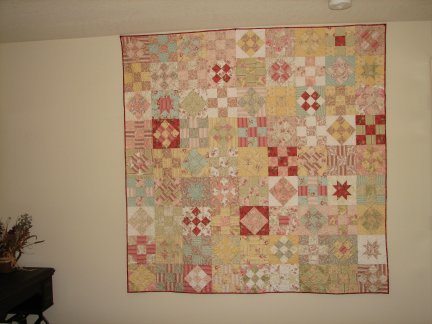 I couldn't quite get a true color picture of this quilt, so I have put two versions here.
The actual color is somewhere inbetween. I started working on this quilt more than two years
ago. I handpieced the majority of blocks, until I figured out I didn't like handpiecing.
Eight blocks were machine pieced. The fabric is Paris flea market,
the pattern is called Tag Sale by Miss Rosie's Quilt Co.
I call it my shabby chic top.
The quilt was machine quilted. Finished March 15, 2008
Given to my daughter-in-law Dawn for her birthday March 26,2008 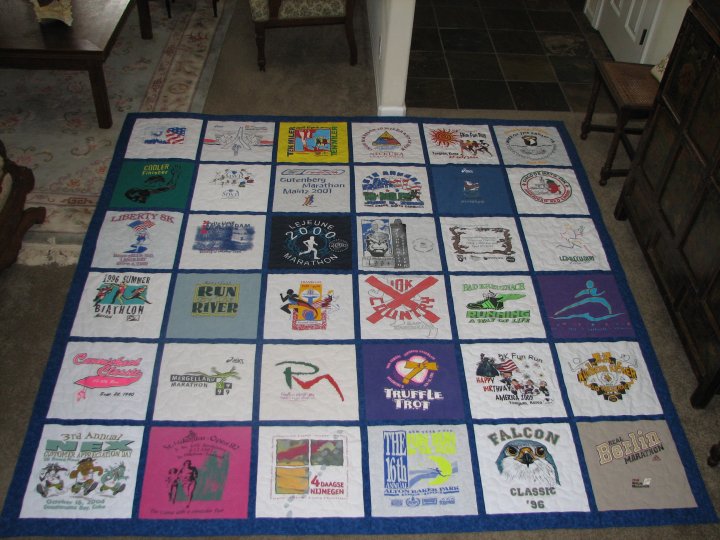 Our son Tom sent me 36 t-shirts commemorating various runs and marathons in countries all over the world.
This is the resulting quilt. It was machine pieced by me and machine quilted by Cyndy Brunz.
Finished April 5, 2008.
He ran the Berlin marathon with his dad and I used that picture for the label.
Given to him for his birthday April 26, 2008 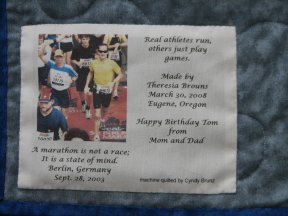 The quilt label features a picture of Tom and his Dad finishing the Berlin marathon. 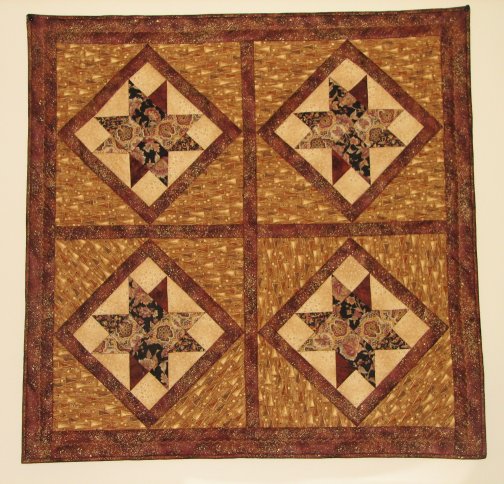 This little wallhanging/tabletopper started as six placemats. I thought the blocks a bit large,
so I put four of them together in a little quilt, and this was the result.
The fabrics were a "sweet treat", from a quilt shop in Davis, CA. Finished, August 9, 2008 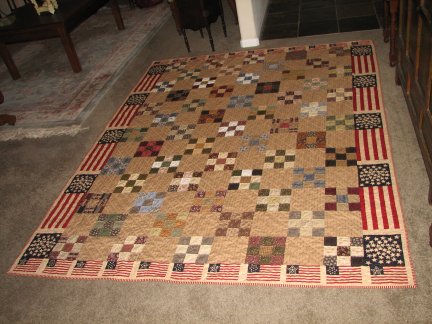 This quilt is called "Salute to Veterans", (pattern by Judi Rothermel).
I made it for my husband who served in the army for 21 years.
The quilt which served as inspiration for this one is owned by the Rocky Mountain Quilt Museum,
in Golden Colorado, and was made in 1885.
I can only hope that this quilt will survive half as long.